We had recently been contacted by a homeowner in Seascape, Rowlett, Texas. The homeowner was suffering from early stage dementia. Her daughter contacted us because she wanted us to help her sell their home fast. Our team went to their house and assessed the current situation of the property. We toured the interior of the home, in order to see what repairs and updates were needed. Want to know how the house looks like before we remodeled it? Read on!

The Homeowner of the Outdated Home in Seascape, Rowlett, Texas

An elderly woman who was suffering from early onset dementia was living in the property in Seascape, Rowlett, Texas. Her daughter, who had been living away at a separate State, called us because she wanted us to check the condition of the property. Her mom needed to go to an assisted home, and they needed to sell the home fast.

As part of our standard process, we first assessed the property before performing any renovation. We conducted a thorough tour around the exterior of the house, and you can read about it by clicking here! The next step in our process is to go inside and take a look at the interior.

Assessing the Interiors of the Seascape Property

After walking through the outside of the home in Seascape, Rowlett, Texas, our team also went inside and assessed the interiors.

A Complete Mess Inside the House!

The elderly lady living in the Seascape home was a chronic hoarder, which means that she collected tons and tons of items from various places and had them pile in her house. Most of these items never got used and were reduced to nothing more than trash. So, when we went to check the inside of her home, we found everything in utter disarray! 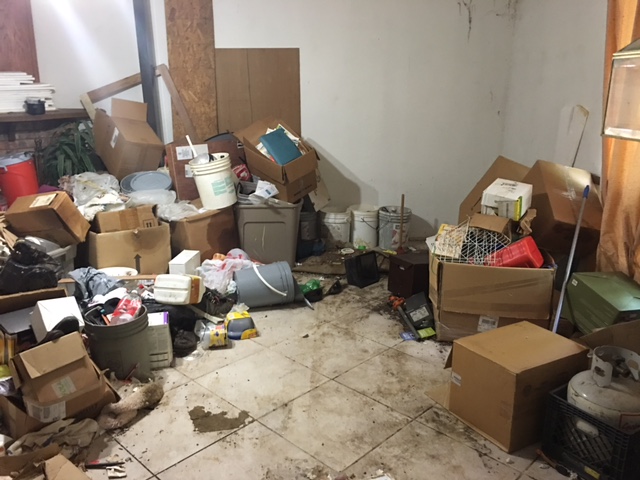 Hoarded stuff was everywhere. The pile of stuff was mixed with food, grime, and dirt. The house was literally a mess!

There were heaps and heaps of boxes lying all around. In one area of house, they had a propane container in the middle of the room! They also had a lot of paint buckets everywhere, which was strange because the homeowner does not paint. 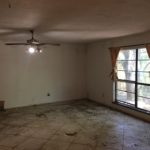 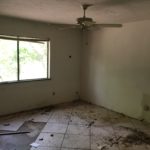 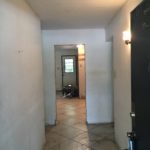 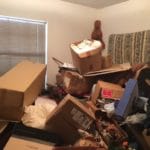 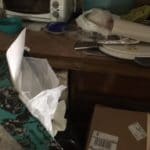 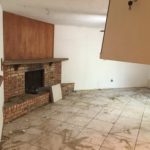 The floors were very dirty. However, on a positive note, the tiles’ quality was noteworthy. Considering that the foundation we have here in Dallas – Fort Worth is constantly moving, it was amazing that the tiles in this Seascape home had no cracks at all. The tiles were in pretty good shape!

What we found alarming was that the hoarded stuff had already mixed with dirt, food, and grime. If it were just items, it wouldn’t have been as messy. But because of the combination of food with all other clutter, the inside of the Seascape house had deteriorated and smelled of trash.

One room, in particular, caught our attention because the owner pointed out that they recently replaced the mantle on the fireplace. We were confused, at first, because we couldn’t see any fireplace in that room. We found out later on, that the fireplace she was referring to was hidden behind the mountain of hoarded items! 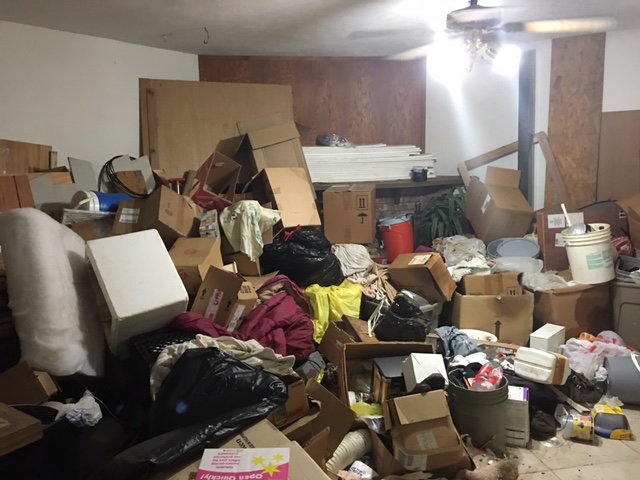 We could not find the fireplace because it was behind this mountain of trash.

Updates and Replacements of Furniture and Appliances Needed

When we were touring the interior of the house, we noticed the kitchen cabinets and drawers. They were all outdated and needed refinishing. These wooden applications had to be either replaced or refurbished. All of their appliances needed replacement as well. 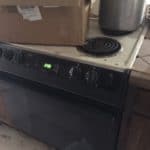 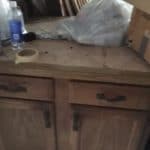 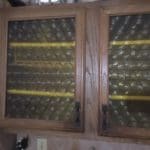 Bathrooms Were Desperately Out of Shape!

All of the bathrooms in this home were out of shape. One, in particular, was literally falling apart! The bathroom located in the hallway was severely dilapidated. The vanity was gone – there was neither sink nor faucet. There were only unsightly pipes sticking out of the wall and a mirror. 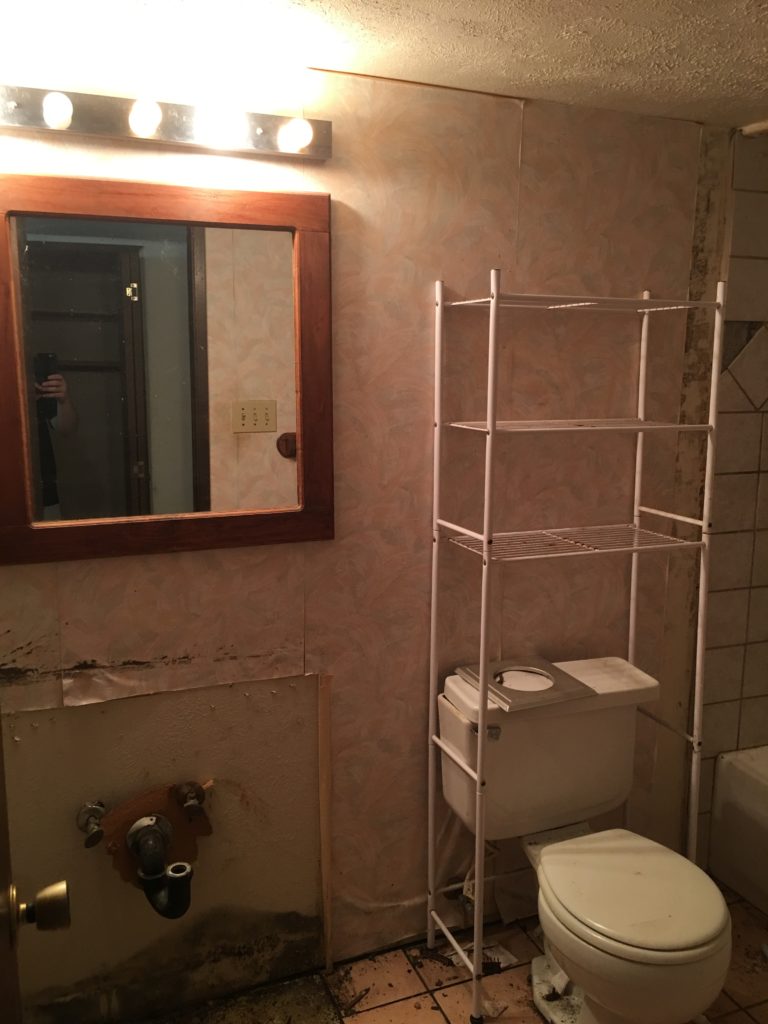 The bathroom no longer had a vanity! The plumbing was sticking out, and the tiles were falling off the wall!

Our team noted leaking behind the toilet. Rot was everywhere! The tiles in the shower were also stripping off the wall. The wallpaper around the bathroom was peeling off. Moreover, we noticed that the grout had turned brown. Grout is the material in between the tiles during installation. Grout is supposed to be white in color! Seeing that it had turned brown meant that the bathroom was extremely filthy already! It was clear that everything needed to be completely redone. 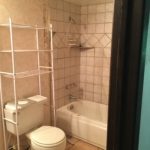 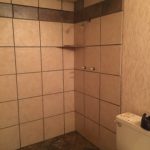 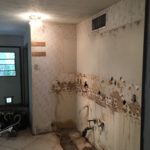 We, at Simple House Solutions, offer multiple options for clients who want to sell their property. The most common choice is putting the property on the Multiple Listing Service (MLS). However, considering the present condition of the home in Seascape, Rowlett, Texas, it was impossible to sell this house on the MLS! Realtors and buyers would be running for the hills once they see the current state of the property. It was pretty obvious for our team that the client needed a cash offer. And so, that was what we gave them – a cash offer. It was the best way for them to sell the home fast.

Simple House Solutions Can Help You Sell Your Home Fast in Rowlett, Texas

Simple House Solutions offers a wide variety of services to address various real estate problems. In the many years of providing high quality services, we have always maintained a reputation for keeping our clients satisfied. Want to sell your home fast in Seascape, Rowlett, Texas? We can help you with that. Give us a call today, and learn more about the services we offer. Contact us at (972) 876-3131!

Get Your Free Offer Today

Get Your Free Offer Today